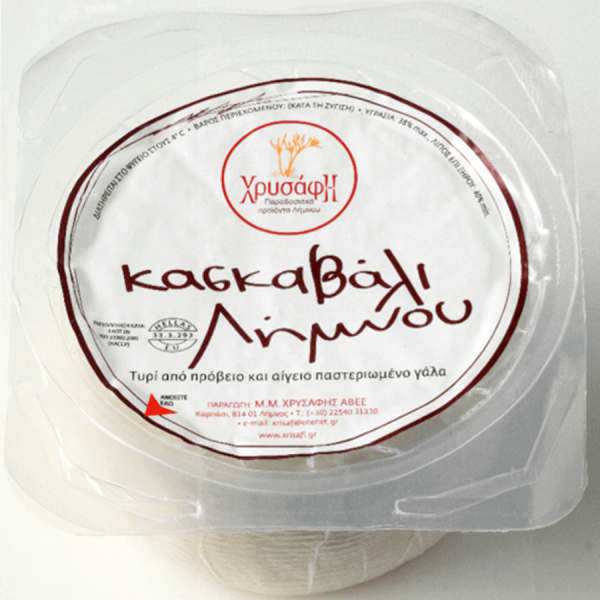 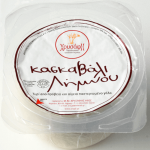 One of the oldest cheeses of Lemnos, Kaskavali is known to the shepherds of the island since the mediaeval times. The revitalization of the curd is a characteristic of the production process. In earlier times, the drying process was traditionally held during the months after May. The cheese heads were placed in wooden crates with strainer and were left to dry in the shade, usually under trees, at a temperature above 22°C. It is a light-yellow hard cheese, made from local sheep and goat milk, standing out for its sharp aromatic character, but also for its milky, savory notes. The kaskavali cheese can be offered as a table cheese but is also ideal for saganaki (fried cheese), grated over pasta, as a fine ingredient in risotto, pizzas, pies and green salads.

This website uses cookies to improve your experience while you navigate through the website. Out of these cookies, the cookies that are categorized as necessary are stored on your browser as they are essential for the working of basic functionalities of the website. We also use third-party cookies that help us analyze and understand how you use this website. These cookies will be stored in your browser only with your consent. You also have the option to opt-out of these cookies. But opting out of some of these cookies may have an effect on your browsing experience.
Necessary Always Enabled
Necessary cookies are absolutely essential for the website to function properly. This category only includes cookies that ensures basic functionalities and security features of the website. These cookies do not store any personal information.
Non-necessary
Any cookies that may not be particularly necessary for the website to function and is used specifically to collect user personal data via analytics, ads, other embedded contents are termed as non-necessary cookies. It is mandatory to procure user consent prior to running these cookies on your website.
SAVE & ACCEPT